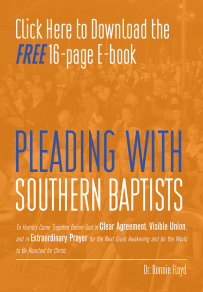 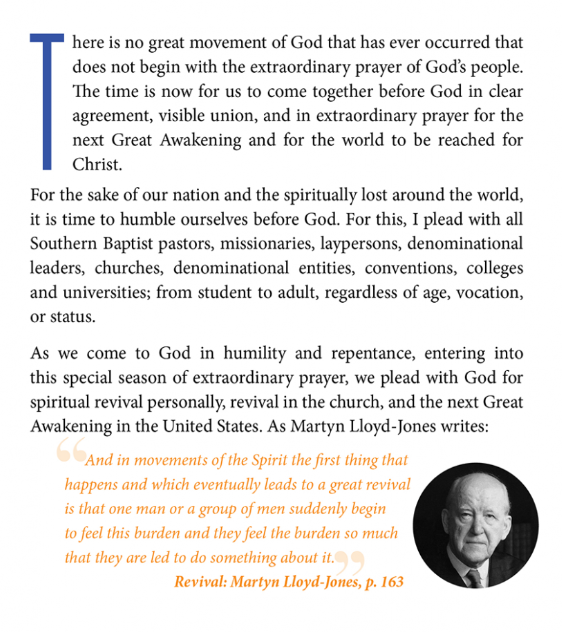 There is something very exciting happening in the leadership of the Southern Baptist Convention (SBC) I want to bring to your attention.

You may recall that last June I wrote that Dr. Ronnie Floyd, senior pastor of Cross Churchin northwest Arkansas, had just been elected to be President of the Southern Baptist Convention, and that he was making prayer for a Third Great Awakening a top priority inside one of the world’s largest evangelical Christian denominations.

True to his word, Pastor Floyd has been traveling to all over the country, preaching on the need for deep repentance and revival inside the SBC.

Now, he has just released a free 16-page e-book titled, Pleading With Southern Baptists And Beyond(to humbly come together before God in Clear Agreement and in Extraordinary Prayer for the Next Great Awakening and for the World to be Reached for Christ).

I just finished it and it is…