How Long Should We Pray? – Seven Guidelines

Posted on February 5, 2012 by Stephen Nielsen 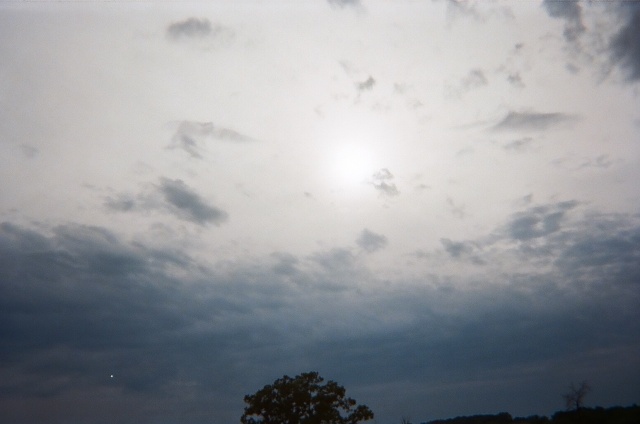 No one should tell another how long he should pray.  But most of us, I would guess, would say that when we pray we don’t pray long enough.  The best thing I can say on this is that when I pray longer than usual I feel more blessed and more refreshed.

Since we are all different, and since each of us is at different stages of spiritual growth, the length of prayer will be varied for each individual.  Here are seven guidelines that will help you to know how long you ought to pray:

1.  Know that prayer is mostly listening.  Solomon tells us, from Ecclesiastics 5:1-2, that when we go to prayer we should not be hasty in word or impulsive in thought to bring up a matter, but rather we should let our words be few.  Instead of being quick to tell Him our requests, and rattle on and on about them, we should first listen to Him and try to understand what His will is.  It seems from this passage that there is a principle or a rule of prayer—that prayer ought to be mostly listening.

2.  Pray not to impress others, but pray according to the will of God.  I think especially in public prayers we must always be careful that we not pray to impress people (Mk.12: 40), but instead we should pray with a humble heart confessing our sins to each other.  I can think of not many other things that turn me off more than a believer who is obviously trying to show how well he knows the Bible and how good and how long he is able to pray.  In public or group praying you must aim at shortness.  Also, in your prayers, you should try to blend them with the others in the group so that it is as one prayer being offered up to God, not several individual prayers.  Sometimes it even seems that there is competition in prayer—one trying to pray better and longer than the other.  This, I think, is especially nauseating to God.

3.  Pray according to how long you can keep focused and according to the desire God gives you.  In contrast to the struggle we so often have in group-prayer, with trying to keep our prayers short, I think there is an even greater struggle in praying alone.  For the person who prays alone, the struggle is in keeping awake and in keeping focused; and then, as the struggle continues, the temptation is to quit before God wants us to.

But how long should we keep struggling in prayer if we can’t keep focused?  Let me say that if you don’t enjoy prayer, that it is absolutely nothing but a struggle for you, then don’t continue trying to grind it out.  I would instead urge you to spend most of your time in the Word, and as you read and study that you intently listen to what God is saying to you.  Then just say a few words of thanks and praise to Him.  Let the Word be your guide as to how much you should pray.  Soon, as you become familiar with the voice of God, as He speaks to you through the Word, you will find that you have a growing desire to pray.  Don’t let that desire pass you by.  Pray!  That desire to pray, however small, is God calling you to join Him in the great work of intercession.

If you will go to prayer in those times of prayer desire, then your prayer times will be sweet.  Continue in prayer as long as you have the desire.  And don’t let anything distract you.  Focus your full attention on God.  In your prayer time, He may draw you to a passage of scripture.  Reflect on it and thank Him for it.  Meditate on that passage for a while, allowing God to say to you all that He wants to say; but don’t get sidetracked and go into an in-depth study.  Keep focused on prayer.  In your time of prayer, God may draw you to pray for a certain person.  Continue in prayer for that person until the burden is lifted.

In Daniel 10:2-14, we see that Daniel prayed and fasted for three entire weeks, struggling against the enemy. It wasn’t until the end of his prayer time that he learned (presumably, by an angel) that all during that three weeks his answer was being delayed by evil forces, which finally, at the end, were conquered by this presumed angel with the help of another angel—Michael, who was one of the chief princes (v. 13).  But what if Daniel had only prayed for two weeks and quit?  He, no doubt, would have been left without an answer.  The application for us is clear: if we feel continually distracted and feel like quitting, pray instead with an even greater fervor, following ever closely the inner desire of the Holy Spirit.  For it is the Spirit of Christ calling you to be His prayer partner—to join in warfare against the demons and all the evil powers that have come to resist you.

5.  Pray until the answer comes.  Jesus instruction is clear—we ought to continue in prayer at all times and not to lose heart (Lu. 18:1).  That is to say, if God has given you a desire to pray for something, you ought to continue praying until the answer comes.  Though there may be many distractions and temptations to quit, we must keep praying, because that is what Jesus is doing.  Yes, if God has given you a desire to pray for a thing, you can be sure that Jesus is praying for that thing.  So let us join Him.  Sometimes the answer will come soon, but sometimes it will take days, and weeks, and months, and even years.  Now obviously you can’t continue nonstop in prayer for years without doing anything else, but the idea is that when ever you go to prayer you must pray for the same thing over and over until the answer comes.

“There are times [says Torrey] when it is not made clear the first time, nor the second time, nor the third time, that the thing we ask is according to His will and that therefore the prayer is heard and the thing granted; and in such a case we ought to pray on and on and on.”

There are those, and there are many of them, who, when they pray for a thing once or twice and do not get it, stop praying; and they call it ‘submission to the will of God’…and they say, ‘Well, perhaps it is not God’s will.’…But as a rule this is not submission to the will of God: it is spiritual laziness and lack of determination…I am glad that God does not always give us, the first time we ask, the things that we seek from Him.  There is no more blessed training in prayer than that which comes through being compelled to ask again and again and again, even through a long period of years, before one obtains that which he seeks from God.  Then when it does come what a sense we have that God really is, and that God really answers prayer.

6.  Remember who you are praying to – your Father and your friend.  There are times when God wants us to pray for hours at a time as to a friend.  Have you ever talked to a friend on the phone for an hour and not even realize how long it’s been.  Well, personally I don’t care to talk on the phone that long, but I have had long conversations with friends while walking, or over a meal, etc.  It is in our nature to periodically have long conversations with friends, so it is also quite natural and healthy to periodically have long prayer times.  God desires it and in our spirit we also desire it.

7.  Observe the example of others and pray for the desire to pray long as they do.  There are several examples in scripture of those who have refused to quit praying, but instead were doggedly persistent until the answer came.  Such was Jacob, who after all night in prayer, wrestling with God, went out unafraid to meet his brother Esau (Gen. 28).  And then there was Moses who kept his hands raised to God in prayer until Amelek was totally defeated (Ex. 17:13).  Or how about Elijah, who went up to the top of Mount Carmel, and there, with his face between his knees, prayed until God brought rain.  I don’t know how long he had to pray, but we know that while praying, and in anticipation of the answer, he sent his servant out to look for rain clouds seven times.  And on the seventh time, finally, a small cloud was spotted, and indeed the rain came, not a light rain but a heavy shower!

Jesus was the greatest example of a man who spent much time in prayer.  That was because he did nothing of his own initiative; everything He did He consulted His Father about.  And though He was always busy doing His fathers work—teaching and healing, etc.—He always seemed to find the time to pray.  He was found in prayer especially in the evenings and early mornings.  Sometimes He would pray all night.  As E.M. Bounds has stated, “His campaigns were arranged and His victories were gained in the struggles and communion of His all night praying…He filled the day with working for God; He employed the night with praying to God. The day-working made the night-praying a necessity.  The night-praying sanctified and made successful the day-working.”

I think, for Jesus, prayer was considered to be just as important as any of His activities.  Indeed, He may have considered it to be His greatest work.

And He not only prayed at night and in the morning, He continued in prayer all during the day; for His teaching was that “men ought always to pray and not to faint.”

Let us take the example of Jesus and all the great men and women of prayer who continued to pray long until the answer came.   Let us be motivated to continue in prayer according to the ongoing desire He gives us—praying in faith with holy boldness until the victory is ours.  As R. A. Torrey has stated, “Our heavenly Father delights in the holy boldness on our part that will not take ‘no’ for an answer…nothing pleases God more than faith.”

I'm an author, a self publisher, and a painting contractor. I live in beautiful Minnesota, USA . Welcome to my blog site.
View all posts by Stephen Nielsen →
This entry was posted in Length of Prayer, Prayer A to Z Excerpts and tagged desire in prayer, Fasting, intercession, prayer warfare. Bookmark the permalink.

15 Responses to How Long Should We Pray? – Seven Guidelines