The Fifth Sign of Jesus’ Coming – Betrayal, from Matthew 24:10 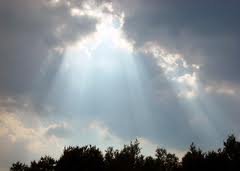 I knew a guy a long time ago who I thought was a strong Christian. And he was a good friend. A few years went by and I lost track of him. When I asked around about him, I was shocked to find out that he had changed. I mean they said his whole personality had changed and that he said he was no longer a Christian—he didn’t believe that stuff anymore. This scenario I think is the idea of this fifth sign of Jesus’ coming.

Here is the sign listed together with the other signs given to us in Matthew 24:3-14:

1. False prophets will deceive many.
2. Wars and rumors of wars
3. Famines, pestilences, earthquakes
4. All nations will go against Israel
5. Betrayal
6. Lawlessness and the love of money

When I read this passage over (Matt. 24:3-14) I was immediately reminded of this former friend of mine. I think I understand now why he changed. It is somewhat the same situation as in Matthew 24:10. Here is the verse in the context, in bold.

Now as He sat on the Mount of Olives, the disciples came to Him privately, saying, “Tell us, when will these things be? And what will be the sign of Your coming, and of the end of the age?”

4 And Jesus answered and said to them: “Take heed that no one deceives you. 5 For many will come in My name, saying, ‘I am the Christ,’ and will deceive many. 6 And you will hear of wars and rumors of wars. See that you are not troubled; for all these things must come to pass, but the end is not yet. 7 For nation will rise against nation, and kingdom against kingdom. And there will be famines, pestilences, and earthquakes in various places. 8 All these are the beginning of sorrows.
9 “Then they will deliver you up to tribulation and kill you, and you will be hated by all nations for My name’s sake. 10 And then many will be offended, will betray one another, and will hate one another. 11 Then many false prophets will rise up and deceive many. 12 And because lawlessness will abound, the love of many will grow cold. 13 But he who endures to the end shall be saved. 14 And this gospel of the kingdom will be preached in all the world as a witness to all the nations, and then the end will come.

My friend I believe was going through some trying times, and when God didn’t solve his problems he rejected Him. I think this suggests that he probably didn’t really know God in the first place. He wasn’t really a Christian. And so he quit acting like one. Earlier in his life when he appeared to be a strong Christian he was just acting; and then when trials came it was too hard for him to act anymore.

Seven years prior to Christ’s coming there will be great tribulation. And during this time those who have pretended to be Christians will no longer have the strength for it. When trials become too hard to bear they won’t turn to God (whom they don’t really know) and they won’t seek help from their supposed friends. They instead will be as rebels—fighting everyone. As  they probably will first appear righteous, suddenly, when their shell cracks they will blow up and hate everyone.

[The phrase ‘many will be offended’ is] lit. ‘caused to stumble’—suggesting professing believers who fall away—and even turn against “one another” in shocking acts of spiritual treachery. Those who fall away in such a manner give evidence that they never were true believers at all.

I believe that I will not be on this earth during the 7 year tribulation. I believe I will have been raptured. But even though the context of Matthew 24 is during the 7 year tribulation, I think the six signs mentions are sort of in their initial stages. So what I am saying is that we can see these things beginning to happen even now before the rapture of the church—which is an indication for us that we will be raptured soon! So when you see these sign beginning to happen, look up! He is near!

I'm an author, a self publisher, and a painting contractor. I live in beautiful Minnesota, USA . Welcome to my blog site.
View all posts by Stephen Nielsen →
This entry was posted in 4 Matthew to Acts, Quiet Time Highlights and tagged Jesus' return, Jesus' teachings, last days. Bookmark the permalink.