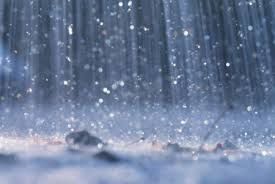 Here is that earnest prayer that brought rain after three and one half years of drought.

So Ahab went up to eat and drink. And Elijah went up to the top of Carmel; then he bowed down on the ground, and put his face between his knees… 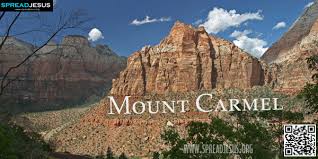 Elijah’s position, crouched down on the earth, with his face between his knees, shows us that he prayed earnestly. His earnestness was not without knowledge or assurance, however.  In fact, he prayed with certainty; for God had already revealed to him that the rain would come by his word (17:1); and God had already brought the thunder (v. 41), which Elijah heard—even though there was no clouds in the sky yet. Therefore, when Elijah prayed he no doubt reminded God of His promise that he was to be the instrument to bring rain.

Elijah was so confident and so persistent that it would rain that he kept sending his servant out to look for it—up to seven times—until he finally saw a small cloud the size of a man’s hand coming up from the sea.  And sure enough, in just a little while, “the sky grew black with clouds and wind, and there was a heavy shower” (v. 45).

This is an excerpt from my book Prayer A to Z.

I'm an author, a self publisher, and a painting contractor. I live in beautiful Minnesota, USA . Welcome to my blog site.
View all posts by Stephen Nielsen →
This entry was posted in Part 4, Elijah to Daniel, Prayer A to Z Excerpts, Survey of Prayer and tagged answers to prayer, earnest prayer, prayer, prayer posture. Bookmark the permalink.