The Prayers Of Habakkuk: Habakkuk Questioned God and Waited for His Answer

Posted on September 18, 2014 by Stephen Nielsen 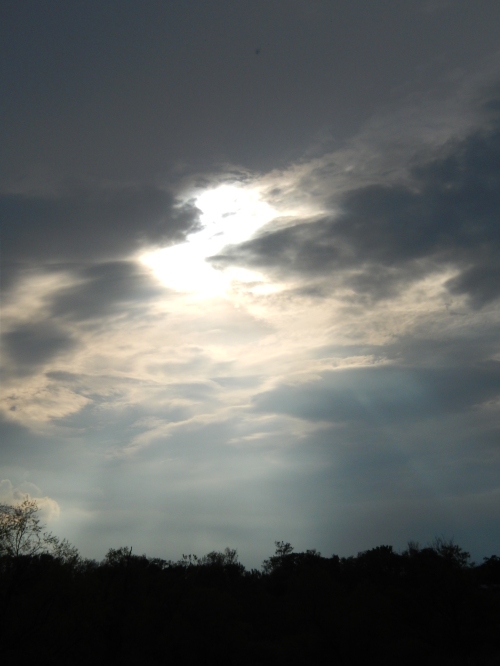 Habakkuk 1:2-4.
O LORD, how long shall I cry,
And You will not hear?
Even cry out to You, “Violence!”
And You will not save.
3 Why do You show me iniquity,
And cause me to see trouble?
For plundering and violence are before me;
There is strife, and contention arises.
(Continue reading from your Bible.)
Habakkuk 1:12-17.
Are You not from everlasting,
O LORD my God, my Holy One?
We shall not die.
O LORD, You have appointed them for judgment;
O Rock, You have marked them for correction.
13 You are of purer eyes than to behold evil,
And cannot look on wickedness.
Why do You look on those who deal treacherously,
And hold Your tongue when the wicked devours
A person more rightous than he?
(Continue reading from your Bible.)
Habakkuk 3:2-19.
O LORD, I have heard your speech and was afraid;
O LORD, revive Your work in the midst of the years!
In the midst of the years make it known;
In wrath remember mercy.
3 God came from Teman,
The Holy One from Mount Paran.
Selah
His glory covered the heavens,
And the earth was full of His praise.
(Continue reading from your Bible.)

In the Book of Habakkuk the prophet offers two prayers to God, each of which is followed by God’s answer.

In the first prayer (1:2-4), Habakkuk seems upset with God because He had not answered his prayer for justice against the wicked in Judah. He prayed, “The law is ignored and justice is never upheld.”

In verses 5-11 God declared to Habakkuk that He was indeed doing something in answer to his prayers. He told him to observe and be astonished, because He was raising up the Chaldeans to punish them, and that He would hold the Chaldeans guilty (The Chaldeans were a very fierce and impetuous people, a Semitic people who became dominant in the Babylonian Empire.  Their wicked deeds are described in Habakkuk 1:6-11).

Habakkuk, in his second prayer (1:12-17), seemed confused as to why God would use such wicked people to punish Judah. He prayed, “Why does Thou look with favor on those who deal treacherously” (NASB)?

In Habakkuk 2:1 the prophet vowed to himself that he would be on guard and keep watch to see how God would answer his prayer. Here is true vigilance.  Too often we pray and then forget to wait on God’s answer.  But not Habakkuk.  He stationed himself “on the rampart,” in prayer, waiting for God’s answer.

In answer to this second prayer (Hab. 2:2-20), God said that the Judean destruction by the Chaldeans was fixed and near, but that the time was also set for all those who sought to destroy God’s heritage to be destroyed themselves (including the Chaldeans).   Then, eventually, “The earth will be filled with the knowledge of the glory of the Lord, as the waters cover the sea” (v. 14).  This will happen in the millennium.

Let me make just a few comments on the last words of God’s answer—“But the Lord is in his holy temple. Let all the earth keep silence before Him.”  God’s holy temple is not limited to any one space.  God is everywhere and He sees everything.  Thus, when He declared that He was in His holy temple, He was saying that He sees all, including all the wickedness being done; and He will judge it all in due time.  Therefore, God orders the whole world to be quiet and wait on Him for the judgment that is due all of us, whether for good of for bad.

In response to God’s answer, Habakkuk composes a song of praise (Ch. 3:2-19).   Emphasis throughout this song of prayer is on God’s splendor and great power to deliver.  The song comes to a climax as Habakkuk declared that though the Chaldeans invade and strip the land, he would yet exalt in the Lord and would rejoice in Him for His salvation.

It is evident here that though wickedness surrounded Habakkuk and great trouble was imminent, Habakkuk gained a great trust in God. And he gained it in prayer and in listening to God’s answer.  Let us take a lesson from Habakkuk: though trouble surrounds us we can always find peaceful trust in God through prayer.

I'm an author, a self publisher, and a painting contractor. I live in beautiful Minnesota, USA . Welcome to my blog site.
View all posts by Stephen Nielsen →
This entry was posted in Part 4, Elijah to Daniel, Prayer A to Z Excerpts, Survey of Prayer and tagged answers to prayer, Babylonian Empire, Book of Habakkuk, Chaldeans, Habakkuk, prayer, prophets. Bookmark the permalink.

2 Responses to The Prayers Of Habakkuk: Habakkuk Questioned God and Waited for His Answer