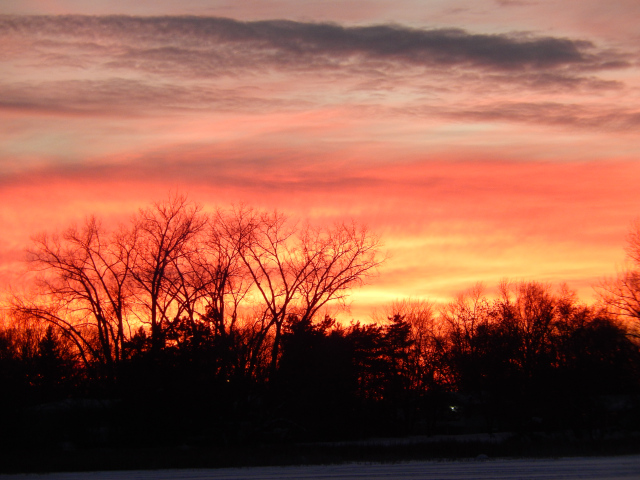 Shortly after Ezra and the people who were with him arrived in Jerusalem (exiles who returned with Ezra, Ezra 8), some of the leaders of the people of Israel came to Ezra and reported that their people, including the priests and Levites, had not separated themselves from the people of the surrounding nations (Ezra 9:1-4). 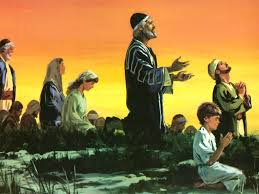 When Ezra heard this news he was appalled and stunned, so much so that he tore his robe and plucked out some of his hair.  And others, “everyone who trembled at the words of the God of Israel [all those who feared God]” assembled to him.  Apparently Ezra’s great humility and grief seemed to draw and encourage others of like-mind around him to take part in the same grief.  And they prayed and fasted until the evening offering.  Then Ezra arose from his sitting position (a position of great mourning) and fell on his knees with his hands spread out to God, as he offered this prayer before the people who were gathered around him.

At the evening sacrifice I arose from my fasting; and having torn my garment and my robe, I fell on my knees and spread out my hands to the LORD my God. 6 And I said, “O my God: I am too ashamed and humiliated to lift up my face to You, my God; for our iniquities have risen higher than our heads, and our guilt has grown up to the heavens. (Continue reading from your Bible.)

Ezra begins his prayer by saying to God that he was too ashamed and humiliated to lift up his face to Him.  He declared, “Our iniquities have risen higher than our heads, and our guilt has grown up to the heavens.”  Here, right from the beginning of his prayer, Ezra poured out his heart to God, telling Him exactly how he felt.  And it is interesting that throughout the prayer, though he didn’t participate in the sins of the people, he demonstrated by using the words “we,” “our” and “us,” that he identified with their sins and even felt the guilt of their sins.  Thus, in verse 7, he prayed, “Since the days of our fathers to this day we have been very guilty, and…we…have been delivered…to captivity…”

In verses 7 through 9 Ezra seems to be speaking to the people as well as praying to God; for he doesn’t pray directly to God but speaks about God.  Hence, in his prayer, he recalls how God, by His grace, released them from captivity and helped them to repair the temple and rebuild its ruins.  Then, in verse ten, he says to God, “What shall we say after this?”  So here (in my words) he is praying, “Now what have we done for Your kindness?  We have turned our back on You and forsaken Your covenant.  You told us not to intermarry with the people of the land around us, but we did it anyway.”

Closing his prayer, he said in great humility, “Here we are before You, in our guilt, though no one can stand before You because of this!”

Well, God heard Ezra’s prayer, so that even as he was still praying, a large assembly of men, women and children came and gathered around him, weeping and confessing their sins.  And they made a covenant with God to divorce their foreign wives, as well as their children who were born to them.

I'm an author, a self publisher, and a painting contractor. I live in beautiful Minnesota, USA . Welcome to my blog site.
View all posts by Stephen Nielsen →
This entry was posted in Part 5, Ezra to John, Prayer A to Z Excerpts, Survey of Prayer and tagged Ezra the prophet, Ezra's prayer, Fasting, grief, humility, prayer, prayer and fasting. Bookmark the permalink.