The Meaning of Intercession — From Daniel 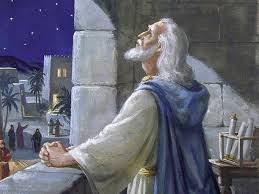 The thing about Daniel that I appreciate most is his devotion to God and to a pure life.  From his youth he “made up his mind that he would not defile himself” (Dan. 1:8).  He also had a practice of praying on his knees three times a day (6:10); and much of his praying was with fasting (9:3; 10:3).  If we are to stand in the gap for others this must also be our manner of life and devotion.  We must lose ourselves for God and for others. In the following prayer of Daniel’s, in Daniel 9: 1-19, we learn a great deal about what intercession is.

In the first year of Darius the son of Ahasuerus, of Median descent, who was made king over the kingdom of the Chaldeans —  2 in the first year of his reign I, Daniel, observed in the books the number of the years which was revealed as the word of the Lord to Jeremiah the prophet for the completion of the desolations of Jerusalem, namely, seventy years. 3 So I gave my attention to the Lord God to seek Him by prayer and supplications, with fasting, sackcloth, and ashes. 4 And I prayed to the Lord my God and confessed and said, “Alas, O Lord, the great and awesome God, who keeps His covenant and lovingkindness for those who love Him and keep His commandments, 5 we have sinned, committed iniquity, acted wickedly, and rebelled, even turning aside from Thy commandments and ordinances. 6 “Moreover, we have not listened to Thy servants the prophets, who spoke in Thy name to our kings, our princes, our fathers, and all the people of the land. 7 “Righteousness belongs to Thee, O Lord, but to us open shame, as it is this day —  to the men of Judah, the inhabitants of Jerusalem, and all Israel, those who are nearby and those who are far away in all the countries to which Thou hast driven them, because of their unfaithful deeds which they have committed against Thee. 8 “Open shame belongs to us, O Lord, to our kings, our princes, and our fathers, because we have sinned against Thee. 9 “To the Lord our God belong compassion and forgiveness, for we have rebelled against Him; 10 nor have we obeyed the voice of the Lord our God, to walk in His teachings which He set before us through His servants the prophets. 11 “Indeed all Israel has transgressed Thy law and turned aside, not obeying Thy voice; so the curse has been poured out on us, along with the oath which is written in the law of Moses the servant of God, for we have sinned against Him. 12 “Thus He has confirmed His words which He had spoken against us and against our rulers who ruled us, to bring on us great calamity; for under the whole heaven there has not been done anything like what was done to Jerusalem. 13 “As it is written in the law of Moses, all this calamity has come on us; yet we have not sought the favor of the Lord our God by turning from our iniquity and giving attention to Thy truth. 14 “Therefore, the Lord has kept the calamity in store and brought it on us; for the Lord our God is righteous with respect to all His deeds which He has done, but we have not obeyed His voice. 15 “And now, O Lord our God, who hast brought Thy people out of the land of Egypt with a mighty hand and hast made a name for Thyself, as it is this day —  we have sinned, we have been wicked. 16 “O Lord, in accordance with all Thy righteous acts, let now Thine anger and Thy wrath turn away from Thy city Jerusalem, Thy holy mountain; for because of our sins and the iniquities of our fathers, Jerusalem and Thy people have become a reproach to all those around us. 17 “So now, our God, listen to the prayer of Thy servant and to his supplications, and for Thy sake, O Lord, let Thy face shine on Thy desolate sanctuary. 18 “O my God, incline Thine ear and hear! Open Thine eyes and see our desolations and the city which is called by Thy name; for we are not presenting our supplications before Thee on account of any merits of our own, but on account of Thy great compassion. 19 “O Lord, hear! O Lord, forgive! O Lord, listen and take action! For Thine own sake, O my God, do not delay, because Thy city and Thy people are called by Thy name.”

From the above passage, the first thing about intercession we learn from Daniel is that…

1. An intercessor has a life of devotion to God. Along with this devotion, as we observe Daniel’s prayer, from Chapter 9:2-20, there are four more things that an intercessor must do:

2. An intercessor must associate himself with the sins of the ones he is interceding for. When Daniel prayed for the people of Israel, he counted himself as one who was guilty.  Instead of praying, “Lord, they have sinned”, he prayed, “Lord we have sinned.”  If we are to be a true intercessor, we, as Daniel, should not position ourselves above those we are praying for; we should humble ourselves, remembering that “there is none righteous, not even one” (Rom. 3:10).  If there was anyone who was ever righteous in the entire Bible it would have been Daniel.  But he knew that he was a sinner just like all other men, and so he put himself in the same boat with them. This is the first point of our association with the sinner as we intercede.

But there is another point of our association with the sins of others.  An intercessor not only associates with the sins of others in terms of mutual sin—such as, you’re a sinner and I’m a sinner too—but he in fact makes their sin his sin.  And so, just as with Daniel, if we are truly interceding for others, we will feel as if their sin is ours, and we will feel the pain of that sin.  Now, we won’t in reality come to believe that their sin is actually ours, but in our identification with them and their sin we will become so burdened down with their sin that we will actually feel the same burden and sorrow over the sin as they feel; and also, even more, as Christ feels.  For we as believers mystically share in the sufferings of Christ for sin; Paul called it the fellowship of His sufferings (Phil. 3:10).

3. An intercessor must have a correct view of God. As we address God we must give Him His due adoration.  Observe how Daniel viewed God from the following verses of Daniel 9.

Verse 4 – “O Lord, great and awesome God, who keeps His covenant and mercy…”

Verse 7 – “O Lord, righteousness belongs to You, but to us shame of face…”

Verse 9 – “To the Lord our God belong mercy and forgiveness…”

4. An intercessor bases his requests not on his own merits or on the merits of the one he is interceding for, but on God’s compassion (v. 18). This is evident in this prayer by the amount of time that is spent on praising God and confessing sins.  No time at all is spent on bragging to God about good deeds, etc.  If anyone could boast about his merits it would be Daniel, but he instead humbled himself in recognition that only God is truly righteous.

5. Intercession must be only for God’s glory and for His name (v. 19). If one has a desire to be healed, if there is deliverance that is sought, if there is even a soul to be saved, it must be for the glory of God and not for personal gain or recognition. 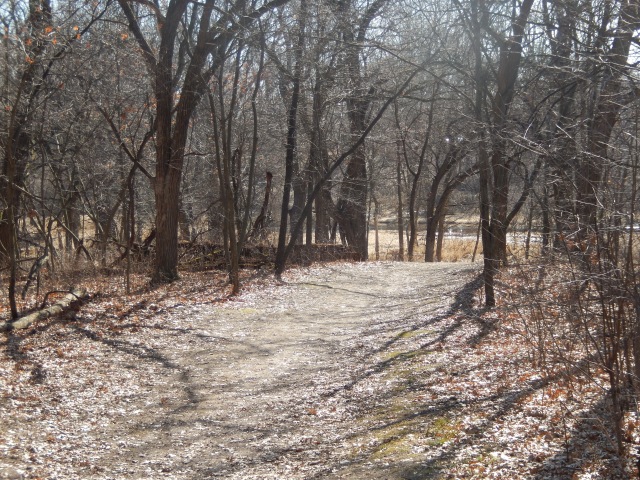 I'm an author, a self publisher, and a painting contractor. I live in beautiful Minnesota, USA . Welcome to my blog site.
View all posts by Stephen Nielsen →
This entry was posted in Intercession -- Parts 1-3, Prayer A to Z Excerpts and tagged Daniel, Daniel 1:1-19, Daniel's humility, Daniel's prayers, how to pray, intercession, prayer, the meaning of intercession. Bookmark the permalink.

2 Responses to The Meaning of Intercession — From Daniel