Posted on September 28, 2019 by Stephen Nielsen 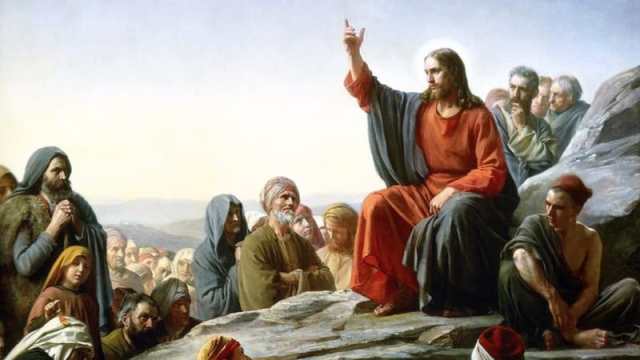 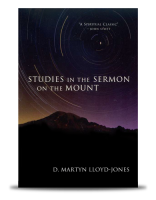 I have been blogging on what I see as the highlights of the book, Studies in the Sermon on the Mount, by D. Martyn Lloyd-Jones. In this portion of his study (in Matt. 5:14), Lloyd-Jones is adamant that the Christian only is the light of the world; and he also, in contrast, goes on and on about how the world proclaims its light.

Yes, the world is constantly increasing in knowledge and learning—in science and technology and in all areas of man’s interests. Lately there has been increasing progress in computers and the speed of calculations. But yet the all-important questions of how to live and to avoid evil have not been answered by anything in the world. And with all the world’s high powered computers, nations can’t seem to keep peace with each other.

The inescapable fact is that there is no light at all in this world apart from the light of a Christian. The Christian alone has light. I wonder what non-Christian experts would say about that? It is my guess that most would say that that is foolishness. In fact, many are saying that Christians themselves are foolish and are out of touch; and they reject anything that a Christian says and teaches—just as they reject God.

How does a Christian get this light?

Jesus said that He came to bring light, and that all who follow Him will have the light of life and will not walk in darkness (John 8:12). Thus Jesus is light, He gives us His light, and He makes us light. Hence, we become what He is.

Earlier, in Matthew 5, Jesus said to His disciples (and to us), “You are the salt of the earth.” Then in verse 14 He says, “You are the light of the world.” Lloyd-Jones says in his book that Jesus’ meant that salt should come first and then light. Why? It is because the salt is meant to produce a general effect on the non-Christian. The non-Christian sees that the Christian is different and he is curious about him and may feel guilty about his sins.

Next, as the non-Christian watches the behavior of the Christian he would begin to ask questions. This is when the light (of a Christian) will have a more specific effect.

So often we do the reverse. We teach (spread out light) before we live out our life before them (as salt). Then, sometimes it has a wrong effect because our teaching is not proved by our deeds.

What does the light do?

Here are three effects of the light:

I'm an author, a self publisher, and a painting contractor. I live in beautiful Minnesota, USA . Welcome to my blog site.
View all posts by Stephen Nielsen →
This entry was posted in Bible Studies, Notes on Books I'm Reading and tagged D. Martyn Lloyd-Jones, exposing darkness, Jesus, light and darkness, salt and light, the light of the world, the sermon on the mount. Bookmark the permalink.

2 Responses to You Are the Light of the World — Matthew 5:14